Workshop This BluePrint has a workshop associated with it that you can follow to get your Activiti Cloud application deployed in Kubernetes.

For all the instructions visit: TTC Docs Workshop​

Let's use the following Scenario to demonstrate all these concepts in action.

Imagine that we are marketing company that looks into the Twitter stream to give rewards to the most active users on different trending topics. The company cannot predict which topics will be trending, they need to react quickly when they see a topic that can be used for marketing purposes. These marketing campaigns (based on trending topics) needs to be developed and deployed in minutes not hours. Each campaign will have a different set of rules on how to process Tweets and how the most active users will be rewarded for their participation. Because this is a global Marketing firm, we can assume that campaigns will be associated with just one language.

In order to implement this scenario we can divide the requirements into two different big conceptual areas:

The What is usually referred as Business Logic or Domain Specific Logic. This is why our Marketing company is the best, because our Domain Experts master the What.

The How is what we developers & system integrators care about. We don't want to interfere with the What, quite the opposite, we want to make sure that as soon as the What is defined we can plug in all the technical bits so the company can have a new Marketing campaign up and running in minutes.

As part of the How, it is important to understand that all campaigns will share a common set of building blocks which we call infrastructure. These are message brokers, security mechanisms, etc. that will be share by all campaigns. For us to be fast and develop and deploy new campaigns quickly a running infrastructure must be in place so multiple campaigns can share the common bits. At the same time, it is important to notice that even if we share common infrastructural services, we should be able to scale each campaign independently.

The twitter stream will be consumed by our Activiti Cloud Twitter Connector. The connector here will be in charge of picking up each tweet and dispatch it as a message (throughout a message broker) to the Campaigns Pool. Campaigns interested in the tweet will be able to pick it up and process it accordingly. As mentioned before, campaigns are associated with just one language, but we can easily change this to be based on location or any other value provided by twitter API.

The Campaign Pool is dynamic by nature, new Campaigns can be added or removed at any time based on the needs of the company. Campaigns define how to deal with each trending topic that the company want to track and give rewards to their users.

Each campaign will define 2 main things:

Note Before starting: it is important to understand that this example is complex because real life is complex. We tried to avoid too many hacks and shortcuts to make sure that we leverage the infrastructure as real applications (your implementations) will do. If you get overwhelmed with the amount of services and moving pieces you are probably not ready for uServices & Kubernetes just yet :). As part of the infrastructure we provide monitoring and tracing tools which will enable you to understand what is going on and how all these services are interacting.

This section explains in detail the components required to create and run a new marketing campaign for a trending topic. The example is composed by 6 Maven projects that can be found here:

Besides that there are two more directories in this repository related with Kubernetes:

Campaigns are domain specific uServices. Different marketing departments might need to create completely different campaigns based on their requirements. As stated before in the scenario section, campaigns are responsible for:

We create a simple campaign composed by 4 main steps:

This is represented by the following business process:

We defined a simple rewarding process as well. It is composed of 3 main steps:

Then we copy our Business Process definitions under: src/main/resources/processes/

The campaign runtime bundle project can be found here: ttc-rb-english-campaign​

Both the Campaign and Reward processes will interact with external services to perform their tasks. This interaction will be handled by our Activiti Cloud Connectors. Which serves as an intermediate layer between the Process Runtime and the external service.

This intermediate layer of Cloud Connectors enable us to scale the process runtime independently from how they interact with other service. It also serves as a great place to add some technical and business details about each of these interactions. We need to consider that in real life interactions we might have SLAs and policies to limit or control these external services interactions. Activiti Cloud Connectors helps you to add these complex controls in a way that they are completely decoupled from your processes executions.

We can easily build a docker image from our Runtime Bundle that we can deploy and scale independently if we are targeting an orchestrator such as Kubernetes. We generate this docker image using the Fabric8 Docker Maven Plugin, which is configured to generate the image after the Java application is packaged by maven. Notice that we can use the Fabric8 Plugin also to publish/deploy the image to a Docker Registry such as Docker Hub, which allow us to deploy all our components in a remote environment without the need of building each docker image locally in that remote environment.

First of all we need to tap into the Twitter Stream to consume tweets. For doing that we will use Twitter4J and because we are consuming data from an external system we will create an Activiti Cloud Connector to deal with all the Twitter interactions.

Our Twitter Activiti Cloud Connector will be in charge of tapping into the Twitter Stream, route tweets based on their language and Tweet the rewards for the winners of each campaign.

In order to create this project we just need to create a simple Spring Boot 2 application and add our Activiti Cloud Connector Starter dependency to it. We also need the Twitter4J dependency and we are ready to go.

You can find the source code of this connector here​

If you look at the Twitter Activiti Cloud Connector you will notice the following:

Alternatively you can use the Dummy Twitter component (which is started by default in our deployment descriptors) to simulate a controlled social media feed. We created this dummy component to control the rate in which tweets are fed in and also the content of those tweets so we can test and assert the behaviour of all the services.

You can find the source code of this connector here​

This connector uses a Spring Data CrudRepository to store tweets in a database which reads to dispatch based on a rate that can be configured with a property called "tweet.rate".

This connector doesn't use Twitter4J because it simulates the feed with static data.

This connector simulates a service that clean up and execute a sentiment analysis for the content of the tweet. This allow marketing campaigns to see if there is positive or negative engagement to their campaigns. For perfoming the sentiment analysis it uses the standford-corenlp library

There are 3 ways of running this example depending on how familiar you are with containers and orchestrators:

We obviously recommend the Kubernetes way, the other two approaches might be used for development purposes but they lack of real life management features. Kubernetes is not the ultimate tool but it does quite good in abstracting us from the specifics of the IaaS.

You can of course run the application using thhe Spring Boot and Docker way, but the team is only working actively on the Kubernetes way. We also recommend to run these examples in a real Kubernetes Cluster, you can always get some free credit in the major Cloud Providers.

Look at TTC-Docs for further instructions. 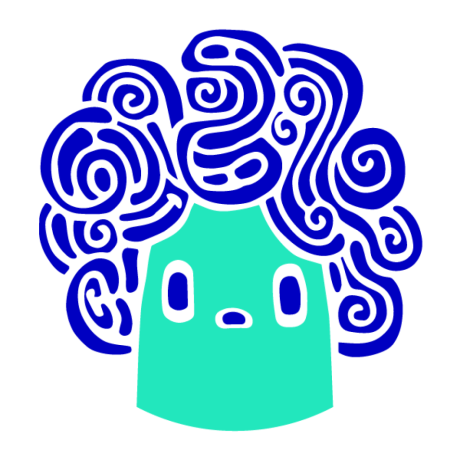